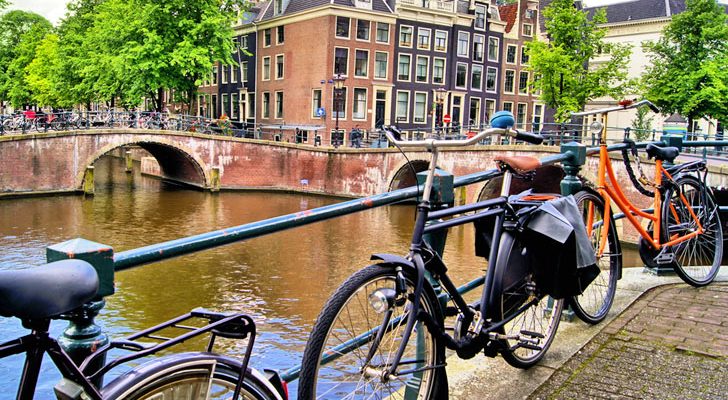 Ironically, I think these are single-speed bikes.

What gear are you in?

I recently read a wonderful profile of a young Larry Ellison by serial entrepreneur and teacher Steve Blank. One passage leapt out at me for its relevance to many recent experiences of my own:

Larry ascribed to the adage, “We don’t do things right, we do the right things.”

I was reminded of another aphorism I’d once heard – a bicycling metaphor:

It’s not how fast you pedal, it’s what gear you’re in.

I’ve seen time and again that one of the most destructive things to a software development team, be their product nascent or mature, is bad prioritization. Much of development work is ongoing. A complex feature or integration has a cost upfront and an ongoing cost to maintain. One of the most destructive things you can do – for velocity, for morale, and ultimately for a product’s prospects of ongoing success – is to fill the pipeline with things that don’t matter, are highly speculative, or whose costs (upfront and long-tail) far exceed the direct value they generate.

The mobile messaging application WhatsApp (upon which I rely heavily when traveling outside the US) famously had 55 employees (only 35 of them engineers) at the time of its $19B acquisition by Facebook. In a Wired profile of the company, WhatsApp engineer Jamshid Mahdavi described the company’s modus operandi as concerned development:

“It was a completely different way of building a high-scale infrastructure,” he said on Monday. “It was an eye-opener to see the minimalistic approach to solving … just the problems that needed to be solved.”

I can imagine a parallel world in which WhatsApp had taken what seems to be the default path among startups of putting itself on an unfocused treadmill of speculative feature development. Perhaps the product would have worked (maybe even reached the point of acquisition) but I would certainly bet the team would be a lot bigger, less happy and, and less productive and we users, most likely, would have ended up with a much worse WhatsApp experience as a consequence.

A well-honed skillset and maturity among engineers is certainly important for achieving true leverage with a product, but just as important, I believe, is recognizing what work is worth doing. It sounds almost tautological, but amidst the noise and distraction of fast-moving startups, it is astoundingly uncommon practice.