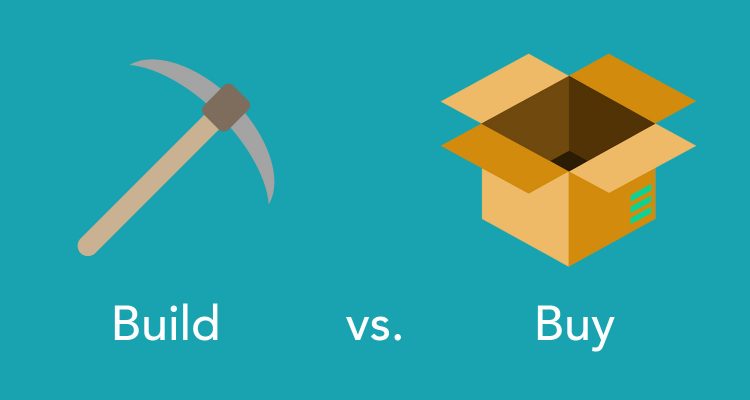 Something I have observed in my work over the last few years is that many genuinely competent, highly productive developers are tricked by their very skill into undertaking projects that, though ultimately successful to a degree, produce outcomes much poorer than had they simply integrated with a third-party platform. Oftentimes immense leverage can be gained simply by knowing what not to build.

Consider the case of content management. There are many precedents of publications that maintain their own in-house content management systems (to name a few: New York Times, The Guardian, Vox). Even if your business is publishing, however, I would argue that to maintain an in-house CMS is likely a very inefficient allocation of resources that will most likely produce a far worse outcome (both in usability for content managers and in the velocity of product development) than to work atop an established one.

Unless your business is the platform itself (that is to say, selling or licensing a CMS) or you have extremely niche requirements (such as following government regulations that somehow cannot be met with an off-the-shelf platform), you simply will not be able to touch the usability and featureset of a mature platform.

To understand, in a deeper repsect, why, consider the immense investment that has and continues to be made into established platforms like WordPress or Ghost. WordPress core, with backing by Automattic plus a humongous base of open source contributors, has, at this point, literally millions of man-hours invested in it. Massive investment and adoption has the knock-on effect of creating large supporting ecosystems for these mature platforms – in the context of WordPress, for instance, this comes in the form of things like Plugins, managed hosting providers and support/consulting services.

Even for content-management needs within an otherwise custom application, there are today many excellent “headless” CMSes, both commercial and open-source, such as Contentful, Prismic or Directus. All of these expose content-management interfaces and workflows that, as with WordPress, have far more man-hours invested in them than many organizations would have the wherewithal or interest to invest, while still allowing you to integrate with your own application at the deepest level through client libraries.

This consideration of knowing not to build extends just as much to things like ops and infrastructure. Many organizations believe they need in-house ops solutions and an ops team to manage them. I have seen in-house ops solutions balloon literally into the millions of dollars while providing _extremely_ poor usability compared to third-party platforms. There is certainly a case for in-housing ops, but I feel it is more narrow than many organizations tend to believe. If your application deployment requirements can fit within a PaaS solutions like Heroku, Cloud66, Hatchbox, Rancher or others, carefully consider the cost of choosing such a solution vs. the cost of matching the usability and power of such a platform with an in-house one.

This is ultimately the test for me. Building something custom is an investment, both in time upfront and time for ongoing maintenance. If a mature third-party platform has much more invested in it than you will ever be able to invest in your own alternative solution, and especially if the function that it fulfills isn’t the central competency of your organization, you will likely find significant leverage in not building in-house.