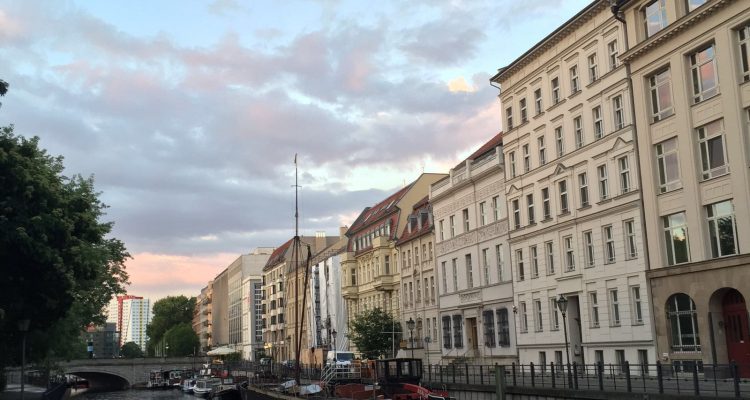 I’ve been in Berlin for the past month. I ended up here somewhat arbitrarily, on behalf of a client, but I can honestly say I have fallen in love with this city, perhaps more so than any city I have spent time in aside from New York, which has been my home for nearly ten years.

I wanted to do a post to reflect on the things that are unique and wonderful about this city for anybody who may be thinking about traveling to or working from here.

While it is still an expensive city compared to some other European cities like Lisbon or Prague, and certainly compared to parts of Southeast Asia or South America, the cost of living here in Berlin is conservatively about half that of New York City. Centrally-located apartments can be found for less than €1000 and you are challenged to spend more than €20 on a night out. A typical beer in a bar or restaurant is around €2.50.

Those who haven’t been to Berlin may be surprised how many parks and gardens there are throughout the city. You’ll find some sort of green space every few blocks in Berlin. Public drinking is also entirely legal, so it very common to enjoy a good beer or bottle of wine with your friends outdoors in the evening or on the weekend.

German law institutes far stricter privacy protections than US law, and it is no coincidence that Laura Poitras chose this city over any other to work out of when editing Citizenfour. No coincidence either tha several hacker collectives such as Chaos Computer Club call this city home.

This is something I perhaps didn’t capitalize on in the most direct way in my time here, not having gone to many galleries or museums, but even if you are not doing those things, the art culture of Berlin will insinuate itself into your experience of the city. A canonical image of Berlin is that of austere, soviet-style buildings (or, of course, surviving pieces of the Berlin Wall) covered in graffiti and indeed a large part of the city is covered in graffiti. The street art is pervasive and provacative.

I hesitated to include this because I could see a subtext of entitlement perceived in a desire or expectation that one be able to communicate in English in a country where this is not the native language. I also know, though, that this is something I had had anxiety about before arriving in Berlin and that most people who haven’t been here would want to know about. In Berlin you can get by extremely comfortably with English. Nearly anybody you meet in any capacity in the city speaks not just some small amount of English, but in fact excellent English. Things like ATMs and subway pass vending machines also all have English options.

This is hard to put into words but it is the thing that came up over and over again with people I met who were likewise in love with this city. To me Berlin has so much of what is great about New York, but is much more chilled out. I honestly don’t have a deep enough understanding of this city’s history or makeup to know what to attribute this to but you feel it in everything you do. Even people I met who had been living here for years still seemed to be spending much more quality time with friends, or reflective alone time, than either myself nor any of my friends back in New York do. I think perhaps this is the thing I would like most to take back with me from Berlin, because I’ve learned that the value of this reflective, quality time is actually often immensely greater in net than whatever project you may be frantically pouring your time into otherwise. It is a balance, to be sure, but often for me in New York the balance shifts unhealthily in the wrong direction.
most losing a winning player Using the counter picking up where both laners are equally trading and feel confident doing so You can gain access to gain the key to blind pick your foes With the biggest opportunity to victory the team fights